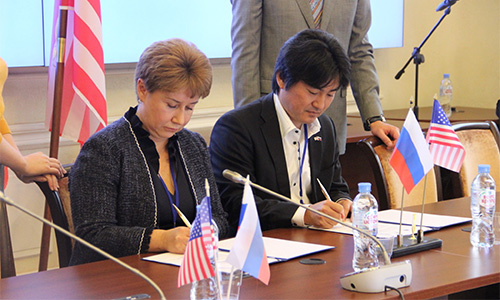 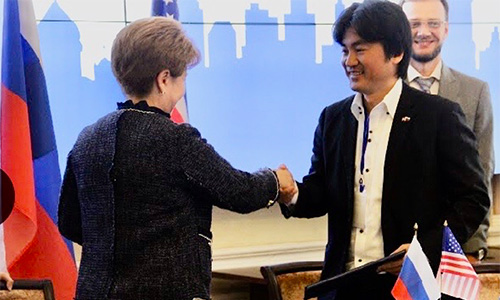 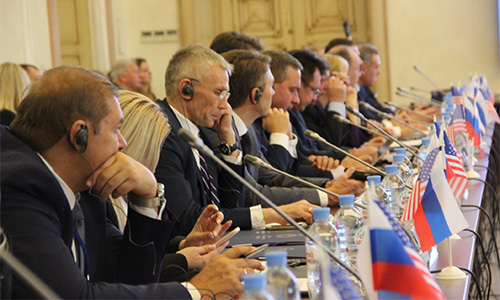 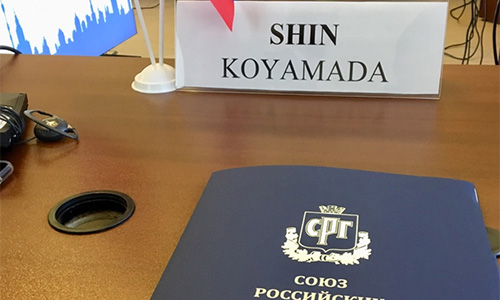 From October 9th to 14th, Shin Koyamada, KIF Chairman and Sister Cities International board member visited Moscow to participate the fifth Russia-United States Municipal Forum held in the Civic Chamber of the Russian Federation in Moscow. 16 other American delegation leaders representing more than a dozen of American cities joined the Forum along with the Russian government officials and mayors and community leaders to exchange high level dialogue on bilateral sister cities and people-to-people exchanges.

On October 10th, the American delegation had a brief discussion with the Director of North America of the Russian's Ministry of Foreign Affairs (MFA) about sister cities and people-to-people exchanges at the MFA's building and then with the senior officials with the American Embassy Moscow about the delegation's agenda.

Following the meetings, Shin participated the Russian-US Youth Leadership Summit to inspire American and Russian young people to pursue their dreams and address the importance of people-to-people exchanges. 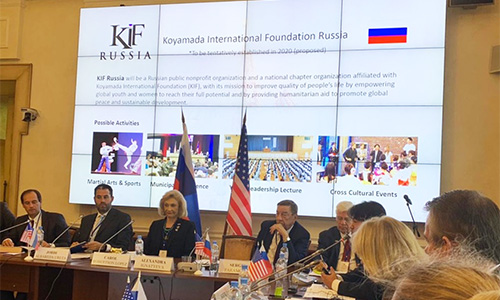 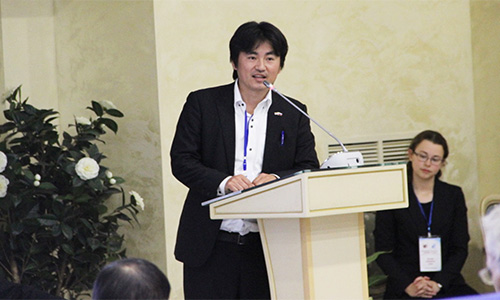 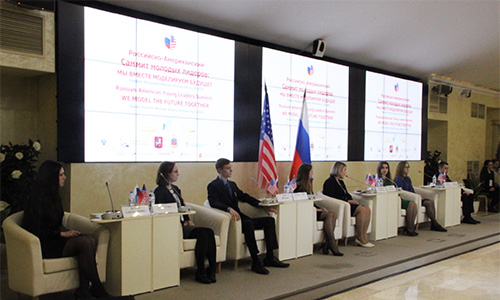 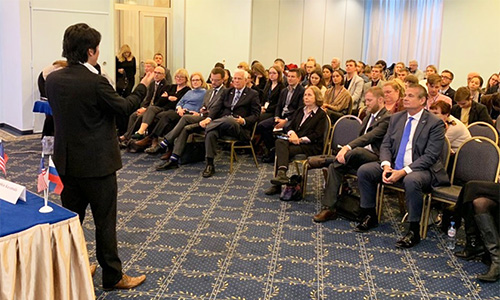 The aim of the Forum was to maintain and strengthen the cooperation between the Russian and American counterparts in municipal area. The Forum became a platform for the continuation of cooperation between sister cities and the restoration of suspended municipal ties and establishment of new partnerships.