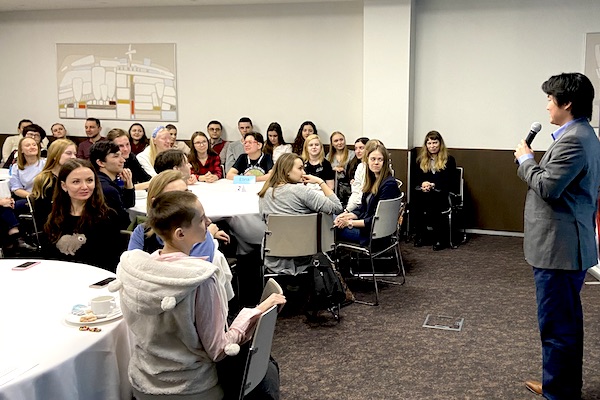 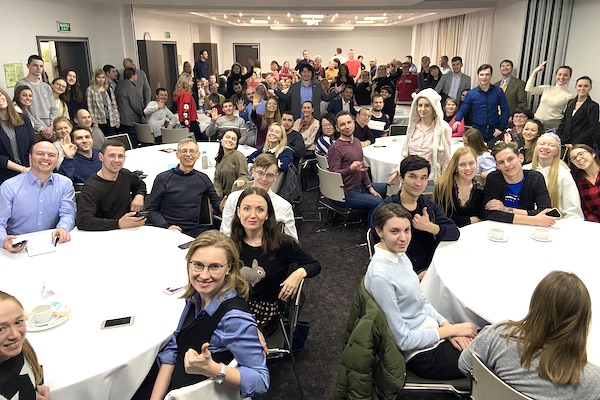 With successful educational outreaches in collaboration with KIF Russia in Saint Petersburg and Moscow, Koyamada moved onto the next destination in City of Yekaterinburg for two other talk events in the city. The city has a population of over 1.4 million people and a sister city to San Jose, California, which is also a sister city to his hometown Okayama City in Japan.

A few hours after Koyamada landed in Yekateringburg from Moscow in the afternoon and he joined the U.S. Consulate General's "Monthly English Club" event as a guest speaker to briefly engage with over 100 local residents in diverse ages who participated to practice their English with other locals from the same community. Koyamada shared his personal experience on attending a ESL (English for Second Language) classes when he just moved to Los Angeles, just to study English and that he couldn't speak a word of English in the beginning, but he eventually achieved his dreams a few years after.

After his 15-minute talk, followed by another 10-minute Q&A, all attendees were divided in different groups in separate tables to discuss a specific topic using English with other people sitting with you around the table. Koyamada joined two different groups in two different tables to take more questions and discuss about topics they wanted to exchange dialogue on different perspectives for another half an hour. The attendees were very excited to have an opportunity to hear his story from him directly and spend good hour asking him many questions, taking photos and getting autographs from him.