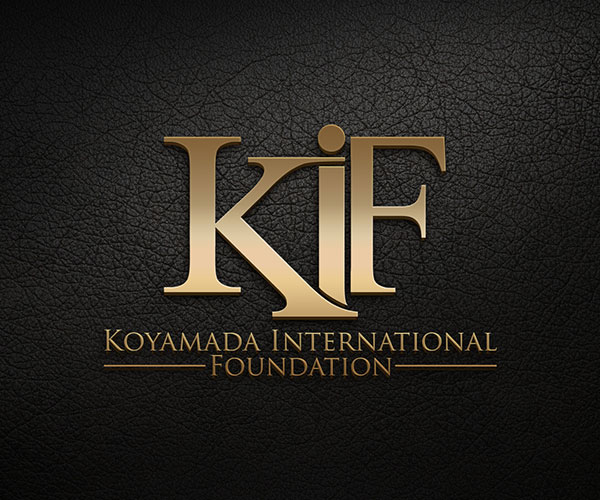 Our mission is to improve quality of people’s life by empowering global youth and women to reach their full potential and by providing humanitarian aid to promote global peace and sustainable development.

In 2004, Shin Koyamada personally begun his first charity works for several different nonprofit organizations, including Boys & Girls Club of America in Los Angeles area, Kickstart Kids in Houston area and Japan-America Societies throughout the U.S. for many years.

On March 10, 2008, The Shin Koyamada Foundation, Inc. (d.b.a. Koyamada International Foundation or KIF) was initially formed by Shin Koyamada and his wife Nia Lyte in Los Angeles, California to continue empowering youth through martial arts and providing humanitarian aid to hundreds of homeless with used clothes and beverages in Downtown Los Angels area.

In 2009, Koyamada shared hundreds of youth his inspiring success stories how he was empowered to achieve his own dream in Hollywood at several different American middle schools in Texas as well as martial arts youth students at several private martial arts schools and undergrad university students at California State University of Monterey Bay in Northern California area.

In 2010, KIF organized United States Martial Arts Festival, an international martial arts performance exhibition that united from major martial arts styles to very minor styles to showcase their own arts and culture to preserve, promote and exchange cultures from around the world and to build a stronger martial arts community for the future. At USMAF in Los Angels area, there were over 1,000 grand masters, masters, teachers, students, their families, friends and supporters representing their own schools and countries that their styles were originated from. The money raised from the event went to fund its operation and its martial arts scholarship program that helped American youth from an age of 18 to 24 enroll private martial arts schools in their communities.

In 2011, KIF continues organizing USMAF with more participants representing more countries and styles. Broadcasted live to tens of millions of active viewers online, the event newly added a red carpet event attended by famous Hollywood actors and MMA Fighters as well as Japanese cultural displays such as original Samurai armor set and traditional artifacts from Kyoto and cultural exhibitions such as tea ceremony, flower arrangement and calligraphy performance. was  who enjoyed the performance from around the world.

In response to 2011 Great East Japan Earthquake and Tsunami, KIF raised substantial relief funds for its victims by working closely with local Japanese American communities as well as organizing relief music concerts and relief fashion shows for Hollywood celebrities. In addition, KIF shipped its first 20-foot container to Japan that delivered much needed diapers, 950 quilts, stationary goods, clothing, letters and messages, and bicycles, which at the moment were the most useful mode of transportation throughout the land torn areas.

To receive local volunteers for the natural disaster in Japan, KIF formed KIF Japan in Tokyo.

In 2012, Koyamada was invited by the U.S. Embassy Tokyo & Consulates in Japan to lecture hundreds of Japanese high school and undergrad students about pursuing American dream in five different cities such as Tokyo, Osaka, Okinawa, Fukuoka and Okayama. He was well received by locals who enthusiastically asked him to continue his efforts to empower Japanese youth to pursue their dreams and higher education so he did.

KIF Japan expanded 9 more locations, led by community leaders and undergrad student leaders whom he met in the past to implement series of lectures and cross-cultural events in partnerships with local nonprofits and governments. KIF Japan impacted directly over 5,000 youth in just one year.

In 2013 and 2014, KIF organized U.S.-Japan Discovery Tour, with Hollywood stars Dylan Sprouse and Cole Sprouse (Disney Channel's The Suite Life) who were appointed by KIF as its Goodwill Ambassadors who toured 10 different cities throughout Japan to empower Japanese youth, especially Japanese girls and women to; pursue higher education and dreams; visit affected areas of 2011 Great East Japan Earthquake and Tsunami; exchange dialogue with high-profile Japanese national government ministers and officials on education and culture; experience hands-on Japanese culture on foods and sports; pay respect at the Peace Memorial Museum; stop by to greet American military families in U.S. bases; visit World Heritage traditional temples and shrines in Kyoto; and swim in the crystal clear blue ocean. It impacted over 10,000 Japanese youth directly through its speaking events and cross-cultural events "American Night", which were promoted to millions of fans and followers through its social media.

KIF partnered up with Embassy of Australia, Tokyo to co-organize a lecture event by the Australian Ambassador at a prestigious national University of Okayama at Koyamada's hometown Okayama, Japan. In addition, KIF teamed up with President of the Walt Disney Company Japan and Asia to have him share his stories at the Walt Disney Japan, which was very well received by business leaders and students.

In 2015, KIF expanded its efforts to inspire thousands of more youth by partnering up with more private and national universities throughout Japan. In addition, KIF partnered up with Embassy of Colombia, Tokyo to co-organize an invitational-only cross-cultural/business networking event "Colombian Night" with key Japanese business leaders and youth leaders who are interested in Colombia and Latin America at the Ambassador's Residence in Tokyo. Colombian Night led by KIF's youth staff leaders was well received and attended by high-profile Japanese government officials, including deputy chief cabinet secretary and global fortune 500 company executives.

In 2016, KIF and city governments of Japan partnered up to co-organize women's empowerment and global mindset lecture event by Nia Lyte who spoke before hundreds of women leaders and high school female students in different cities throughout Japan. Lyte also participated a big English Speaking Contest as a special judge to inspire hundreds of boys and girls who have worked very hard studying English to win the contest in Japan.

In 2017, KIF partnered up with Embassy of Italy, Tokyo and its Consulates to co-organize a cross-cultural networking event "Italian Night" to promote Italy-Japan friendship through people-to-people interactions, Italian music by Italian singers and Italian beverage for mutual understanding at a resort hotel right on the Seto Inland Sea (Setouchi) in the Southwestern Japan.

Through KIF, Koyamada and Lyte were invited by City of San Jose, CA to participate the 60th San Jose-Okayama Sister Cities Anniversary event where over 150 Japanese delegations, including Mayor, President of City Council and business leaders from his hometown Okayama flew in to interact with San Jose residents for a few days. During the celebration, Koyamada and Nia were MC for one of the major performing arts event in San Jose, CA. KIF also supported the event by selling I Love Okayama t-shirts to raise fund for their sister cities activities. This was the time Koyamada was approached to become Sister Cities International national board member.

In 2018, KIF became official global partner with Sister Cities International to; help implement their programs for its annual conference; support local U.S. sister cities activities with their international partners in other nations; and promote peace through people-to-people interaction through mutual respect, understanding, and cooperation, especially for youth. SCI was founded by U.S. President Eisenhower in 1956 with over 500 member cities, counties and states representing over 2,000 partnerships in over 140 countries.

In New York, Koyamada and Lyte were invited by Junior Chamber International (JCI) to speak before its global partners and JCI members from around the world about gender equality and women's empowerment. At the United Nations Headquarter, Lyte became closing keynote speaker to talk about peace, gender equality and global mindset. KIF became global partner with JCI to work together for their shared interests and activities on global youth through over 200,000 JCI members in 124 countries.