With over 1000 performers, supporters and audience, the highly anticipated and inaugural United States Martial Arts Festival™ 2010 was held on July 18, 2010 at the Redondo Beach Performing Arts Center located in the City of Redondo Beach of Los Angeles. With plenty of free parking, the doors opened at 2:00 pm, and the various presentations and martial arts demonstrations ran from 4:00 pm to 6:30 pm. The event was be locally televised by United Television Broadcasting (UTB) Hollywood and covered by various radio stations, magazines and newspapers to promote and celebrate the festival in the Los Angeles area.

Martial arts masters from many countries such as Japan, Korea, USA, China, Brazil, India, Israel and Thailand were strongly showing their support for this event by voluntarily performing their country’s martial arts for the added benefits of peace, unity and brotherhood.

Sponsors, schools and supporters have set up booths/tables to present and promote the organization. Food and beverages will be provided at the Center. 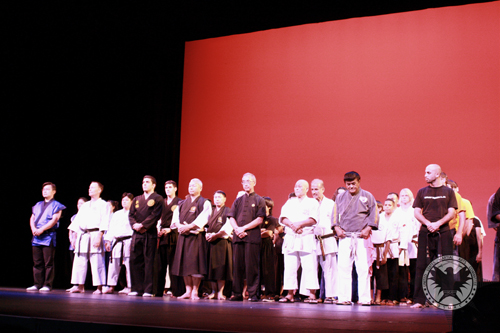