In mid-August, Hollywood/Japanese film star Shin Koyamada, under the banner of the Koyamada International Foundation (KIF), embarked on a special U.S./Japan brotherhood tour of Japan called, "Visiting U.S.A. - Achieve Your American Dream." Backed by several various diplomatic and governmental agencies, as well as the assorted KIFs from around Japan, the first stop on his tour was Koyamada's home Prefecture of Okayama on the island of Honshu. Held at the Sanyo Women Junior & High School in Okayama, the event was jointly hosted by the United States Consulate-General of Kobe-Osaka, the Japan-America Society of Okayama and the KIF Okayama.

The day's festivities began with the Chairman of the Japan-America Society of Okayama, Mr. Kawabata, conveying his honorable welcoming remarks to more than 200 Junior High, High School and university students, after which the audience was treated to a brief live jazz performance by a local society board member who also happened to study in the U.S. The rousing applause subsiding, Patrick Linehan, Council General of the U.S. Consulate-General of Kobe-Osaka, gave the audience an invigorating speech in Japanese on important elements on how the students could improve their English conversation skills. In closing, he urged them to visit the U.S.

Shin Koyamada then addressed the audience with words of inspiration encouraging the Japanese youth to pursue their dreams and goals by sharing his personal experiences of moving to America and making his dreams come true in the U.S. Koyamada words further empowered the audience to study English and study abroad.

The event ended with an open floor, 20-minute Q&A session where Consul General Linehan and Koyamada addressed questions from the students and visiting parents.

The event received wonderful feedback from the audience and warm positive support from the local media sponsors. 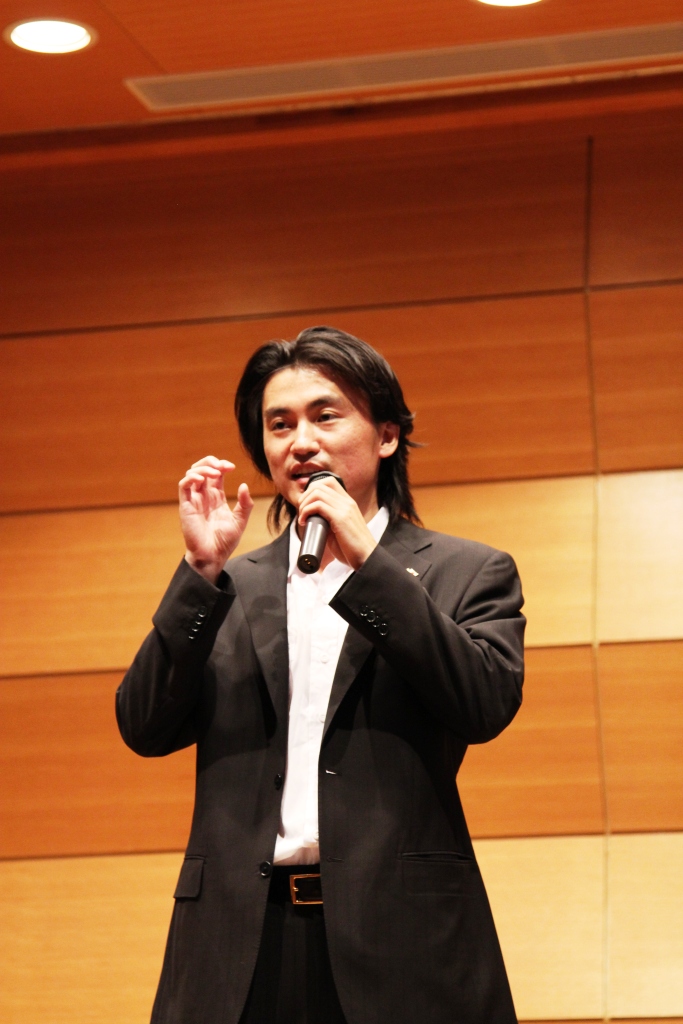