Study Abroad in the U.S. Seminar in Okayama

With a strong showing during Koyamada's opening Brotherhood of US/Japan tour at the Sanyo Women Junior & High School in Okayama, Koyamada made a second Okayama appearance with his successful “Study Abroad in the U.S. Seminar" at the popularly acclaimed Okayama Prefectural Library. Established in 2004, the library is ranked number one in Japan in number of books signed out and also boasts more than one million visitors a year.

The library recently partnered with the American Consulate-General of Kobe-Osaka in opening up an American Corner Section that features educational books from the United States. Thus, it was the perfect time to have the “Study Abroad in the U.S. Seminar” co-hosted by the United States Consulate-General of Kobe-Osaka, KIF Okayama and of course the Okayama Prefectural Library.

Greeted by a full house of more than 80 High School students and their parents, the Director of the Library, Mr. Sugiyama, gave a brief welcoming speech, which was followed by remarks from Gregory Kay, Public Affairs Officer of the Kansai American Center of the American Consulate-General of Kobe-Osaka.

The event switched into high gear as the Education USA Advisor of the American Consulate-General of Kobe-Osaka, Ms. Nishikawa, gave the audience a dynamic 30-minute presentation about going abroad to study in the United States that was filled with applied information on how to prepare and what to do in order to study in American colleges and universities.

Koyamada upped the presentation ante as he not only lectured about going abroad to study in the U.S. but also discussed his personal experiences of living in the U.S. and pursuing his American dream in the entertainment industry that was all a consequence of his decision at age 18 to pursue studying in the U.S. During the subsequent Q&A session and social gathering, Koyamada advised each student and their parents by answering their personal questions about studying and living in the United States.

After the event, and inspired by the lecture, many participants told the event staff that they had now made up their mind to study abroad in the U.S. 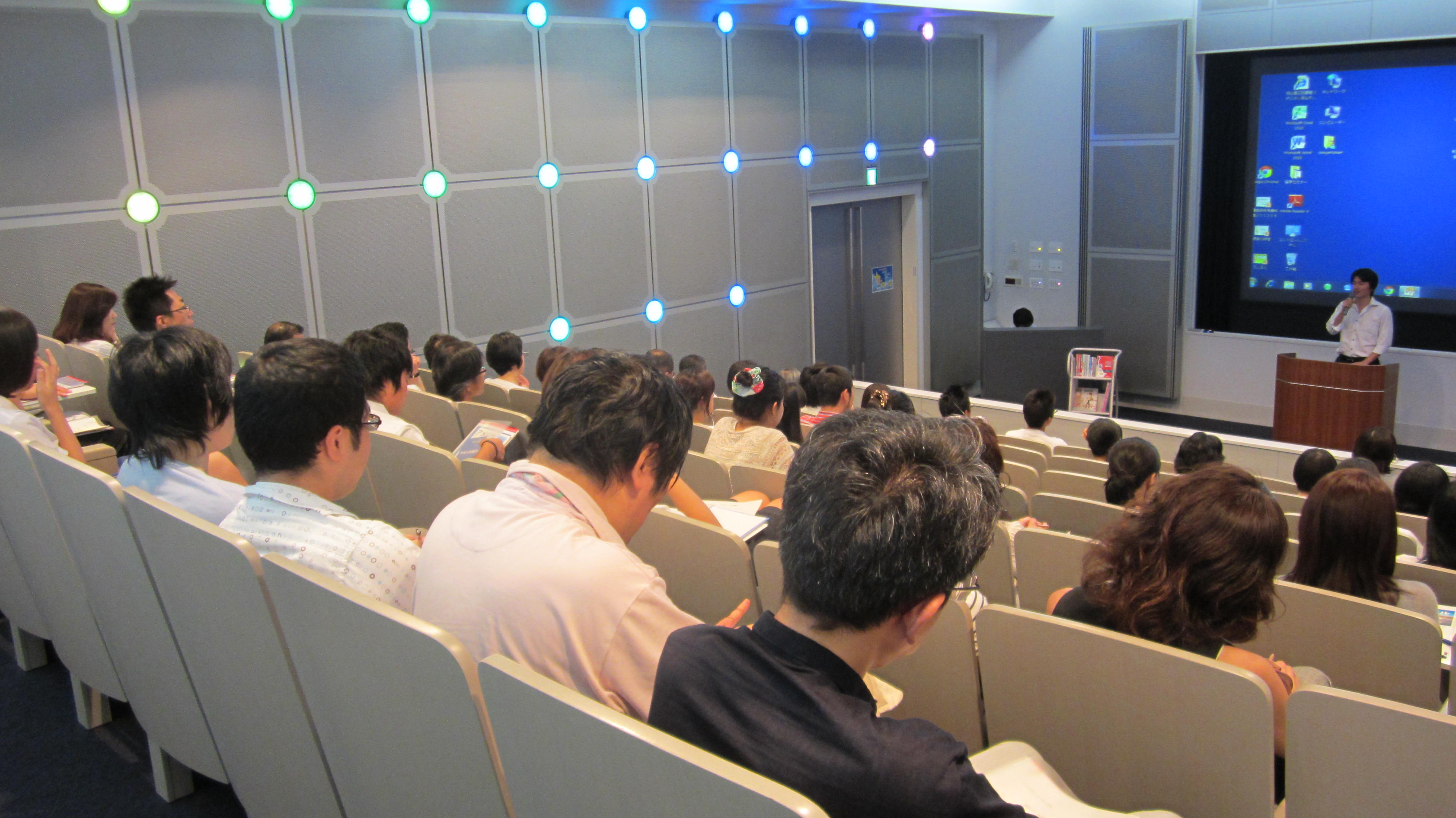