A Lunch with Mr. Shin Koyamada and U.S. Airmen.

The Okinawa adventure began with the American Consulate-General of Naha and KIF Okinawa hosted “A Lunch with Mr. Shin Koyamada and U.S. Airmen.” Koyamada gave a casual lecture at he Kadena Air Base-Chapel in front of U.S. Airmen, his fans and other military personnel from the base.

The purpose of the event was to informally pay respects to and speak with the Military community, and promote U.S.-
Japan friendship. With everyone sitting in comfortable sofas and couches, eating healthy sandwiches, snacks and drinks, for about an hour and using English, Koyamada shared his experiences about studying in the U.S., pursuing his American dream and on the importance of promoting friendship between the two nations.

Following the many laughs and smiles with the military personnel, Koyamada happily agreed to demonstrate his martial arts skills, then by using a military volunteer as a target he introduced the airmen to some basic self-defense skills.

After his talk and demonstration, Koyamada was interviewed by Kadena Air Base Television where he was presented with an official U.S. Air Force Challenge Coin by the representative of the Kadena Air Base. Koyamada told them that he was grateful for being part of the community and to talking with the Airmen, and looked forward to further promoting the U.S.-Japan Alliance in Okinawa and in other regions of Japan.

Following the presentation, a U.S. Air Force captain kindly gave Koyamada a tour around the Base and introduced him to other military personnel. Koyamada continued the extemporanious Base meetings and greetings for about 90 minutes.

Koyamada commented that the U.S. base was a very fascinating place and made him feel like he was back at his home in the U.S. because they had American supermarkets, grocery stores, restaurants, ATMs, even the blue U.S. Postal Services mailboxes. Streets were full of American folks walking everywhere, yet it was visually strange to see Japanese taxis zipping around using Japanese traffic rules inside the Base. He also noted that one can only use American dollars in cash and if you use an American credit card, they don’t charge you the popular international transaction fees, even though you are actually in Japan. It was not completely America, but more of a Hybrid City inside the Base, half-America and half-Japan. Koyamada closed by telling the captain that everyone in the Base were very nice and very dedicated. 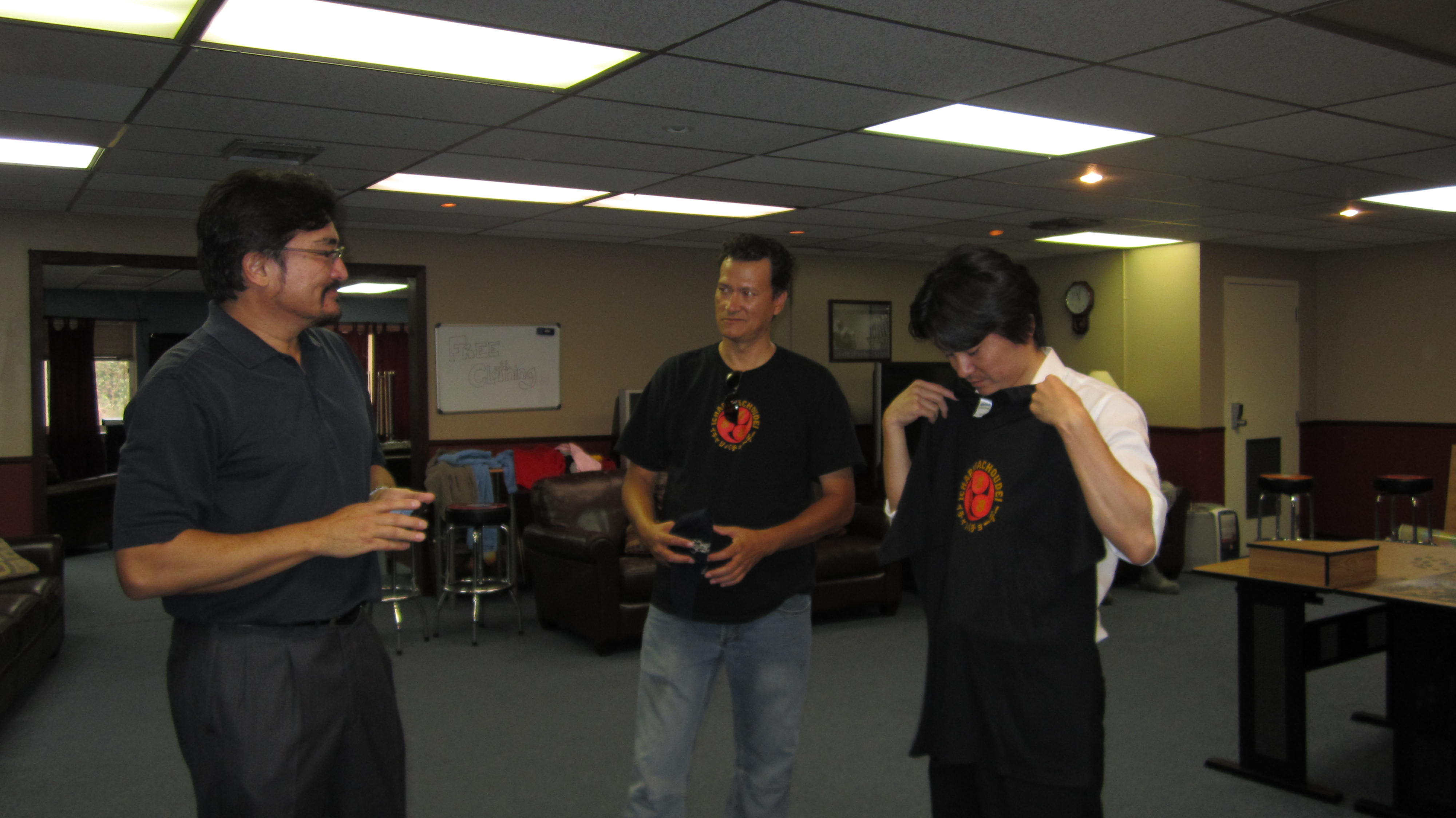