My Best Challenge With The Last Samurai

For the next part of Koyamada's Okinawan sojourn, he finds himself back in the capital city of Naha. Centuries ago, visited by Shaolin martial artists and Chinese traders knowledgeable in Chinese kung fu, Naha is recognized as the birthplace for Okinawan karate. How appropriate is it that Koyamada's presentation carries his message of inspiring students to learn English and study overseas in the United States with a martial arts twist.

Opening remarks in English and Japanese from the American Consul General Alfred R. Magleby was followed by Koyamada speaking about his personal saga of traveling to the United States and pursuing his dream to become an actor, which lead to him starting his own production company and non profit charitable organization. His story was metaphor to the wide-eyed students that one can accomplish many things if only they open themselves up to the possibility of adventure, that in his case arose from his decision to study English abroad in the United States and follow his dreams.

Moved by Koyamada's words, students bombarded him with questions for over 30 minutes ending up with many vowing that they will heed his advice and try to pursue similar paths. Koyamada's influence as a role model was growing.

After final words of encouragement from Koyamada, he was presented with a plaque by the Chairman of the Naha Chamber of Commerce & Industry YEG. Koyamada remained at the event and made sure to sign autographs and take pictures with every single student and their parents. Koyamada told the Chairman of the Naha Chamber of Commerce YEG that he was very impressed by the young participants and their eagerness to study abroad and that he was honored to be embraced as a roll model and hoped his advice can steer them in the right direction.

The event was covered by Okinawa Television Station (OTV). 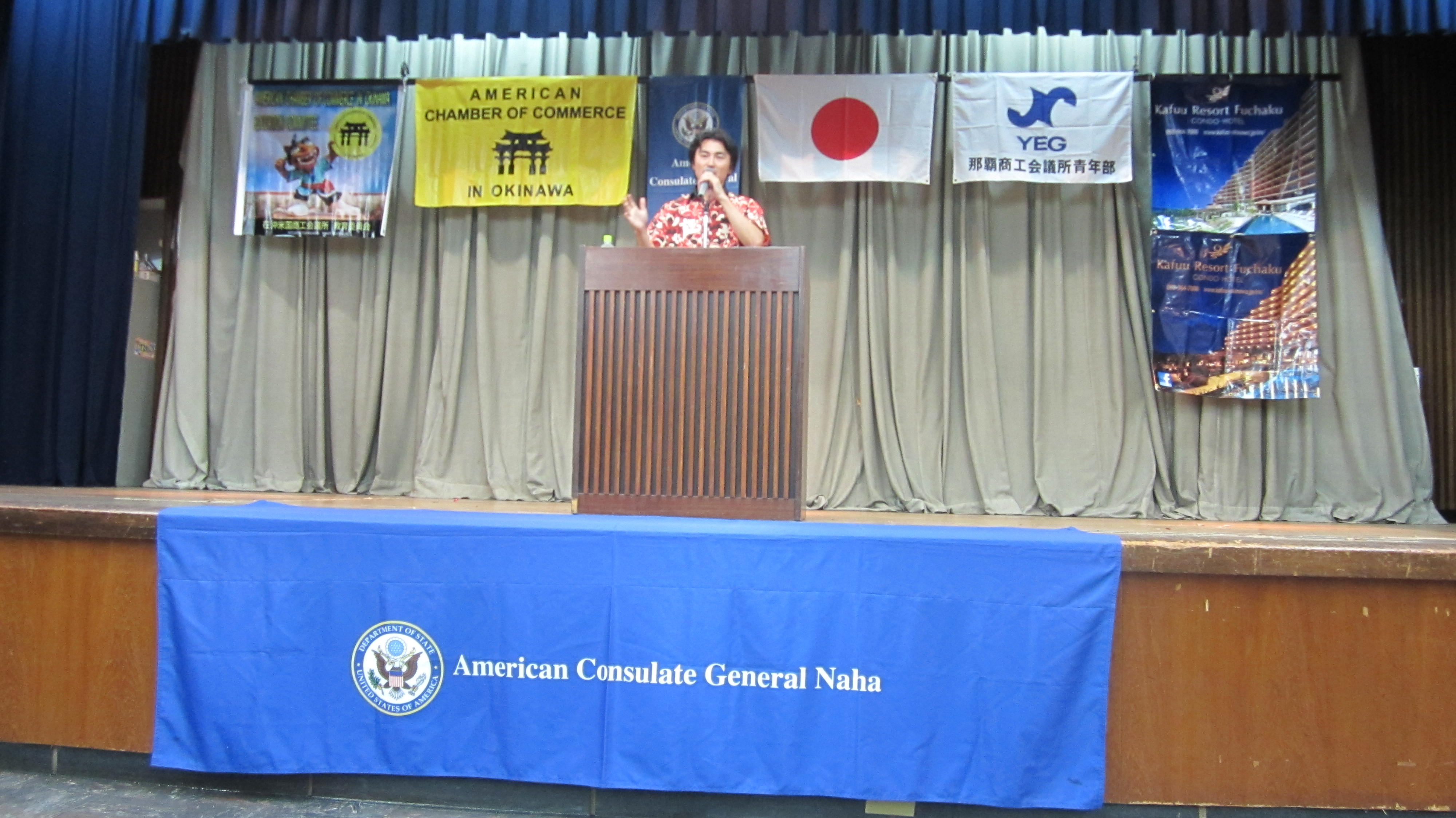