Following the school's Vice-Principle Mr. Ishigaki's opening remarks, the American Consulate-General of Naha, Ms. Haemori, greeted the students after which the students were entertained by footage from some of Koyamada’s American movies.

Koyamada then shared with the students why he decided to become an actor during his Junior High School years, a time that became a springboard for him to pursue his dreams to go to America, study English and become an actor.

Most of the students had already seen Koyamada's movies The Last Samurai and Wendy Wu Homecoming Warrior and during the Q&A session after his presentation, viewing Koyamada as a role model, they admitted they were inspired by Koyamada's path, many now wishing to follow suit.

On behalf of the Student Council of the Kinoza Junior High, the President of the student council closed the event with gratuitous words in Japanese and English to Koyamada. 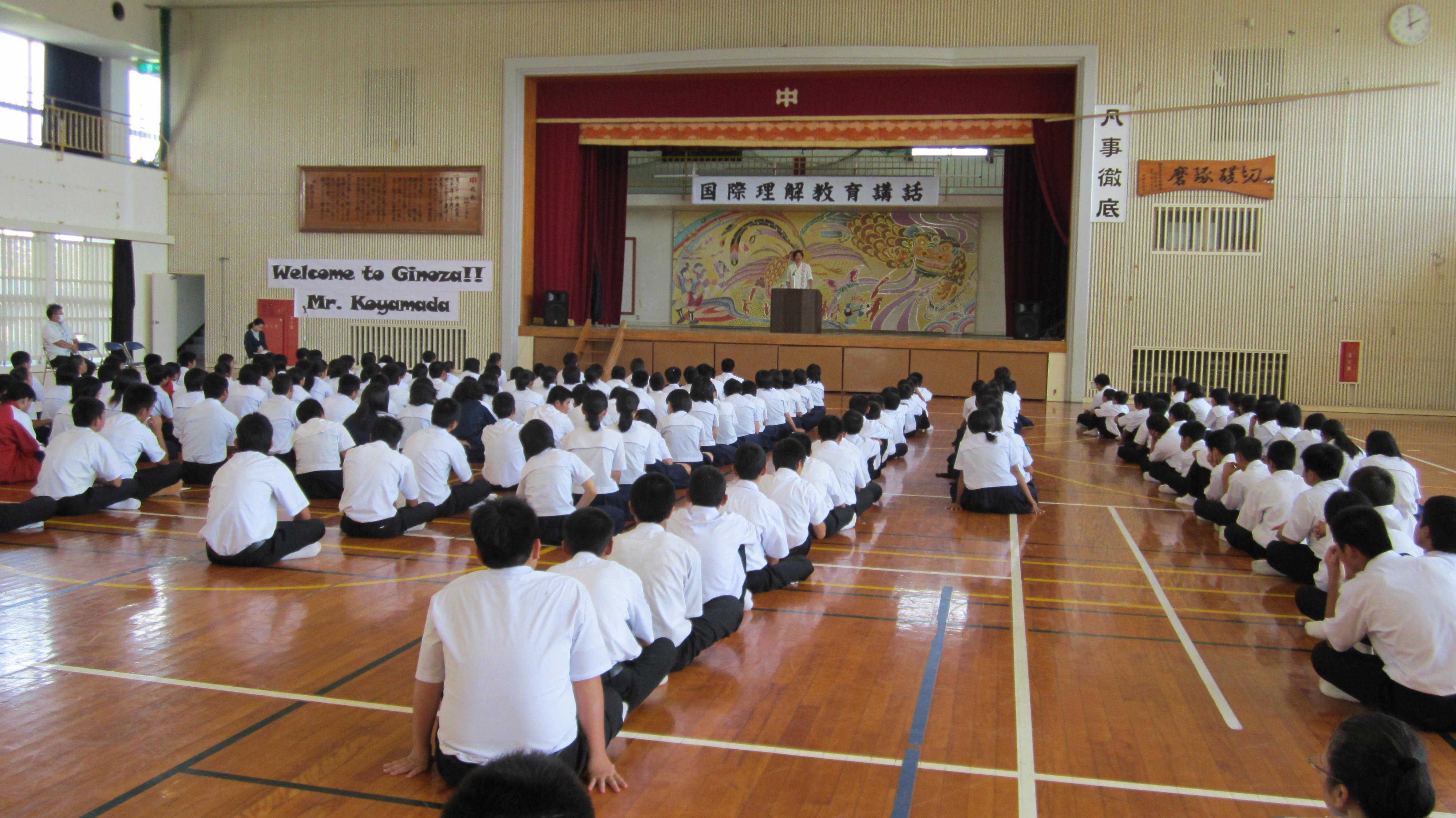