My Dream Trip to the United States – English Contest

Koyamada's last event in Okinawa was attending the finals of the My Dream Trip to the United States English Contest, an event hosted by the American Consulate-General of Naha and the American Chamber of Commerce of Naha, and sponsored by United Airlines Okinawa, the Okinawa Prefectural Government Board of Education, Kafuu Resort Hotel and the KIF Okinawa.

Thirteen finalists representing various Okinawa Junior and Senior High Schools were selected and judged by a panel of six judges that included representatives from the Okinawa Prefectural Board of Education, United Airlines Okinawa, KIF Okinawa, Kafuu Resort Hotel, American Consulate-General of Naha and the American Chamber of Commerce of Naha.

The American Consulate-General of Naha, Ms. Haemori, was the event's emcee and after brief opening remarks she introduced the judges and each student contestant. The American Consul General Alfred Magleby and his wife also warmly greeted the audience followed by the introduction of the event's special guest judge....Shin Koyamada.

The contest entailed for each student to prepare a 5-minute, Power-Point Presentation in English about the United States. Topics presented included talks on Illinois, New Jersey, Washington, California, Texas, Hawaii, Guam and Washington, DC. It was not all just about how well the contestants spoke English, but each participant was also judged on their confidence, content of the presentation and that x-factor that you don't know until you've seen or heard it. The winner, based on accumulating the highest number of points, would win a free trip with his/her family to Guam.

The winner was a Junior High School student who while wearing a Texan hat, gave a dynamic, energetic, confident, entertaining and well-prepared presentation.

The event was broadcasted by the local Okinawa Television station and covered by the Okinawa Times Newspaper. 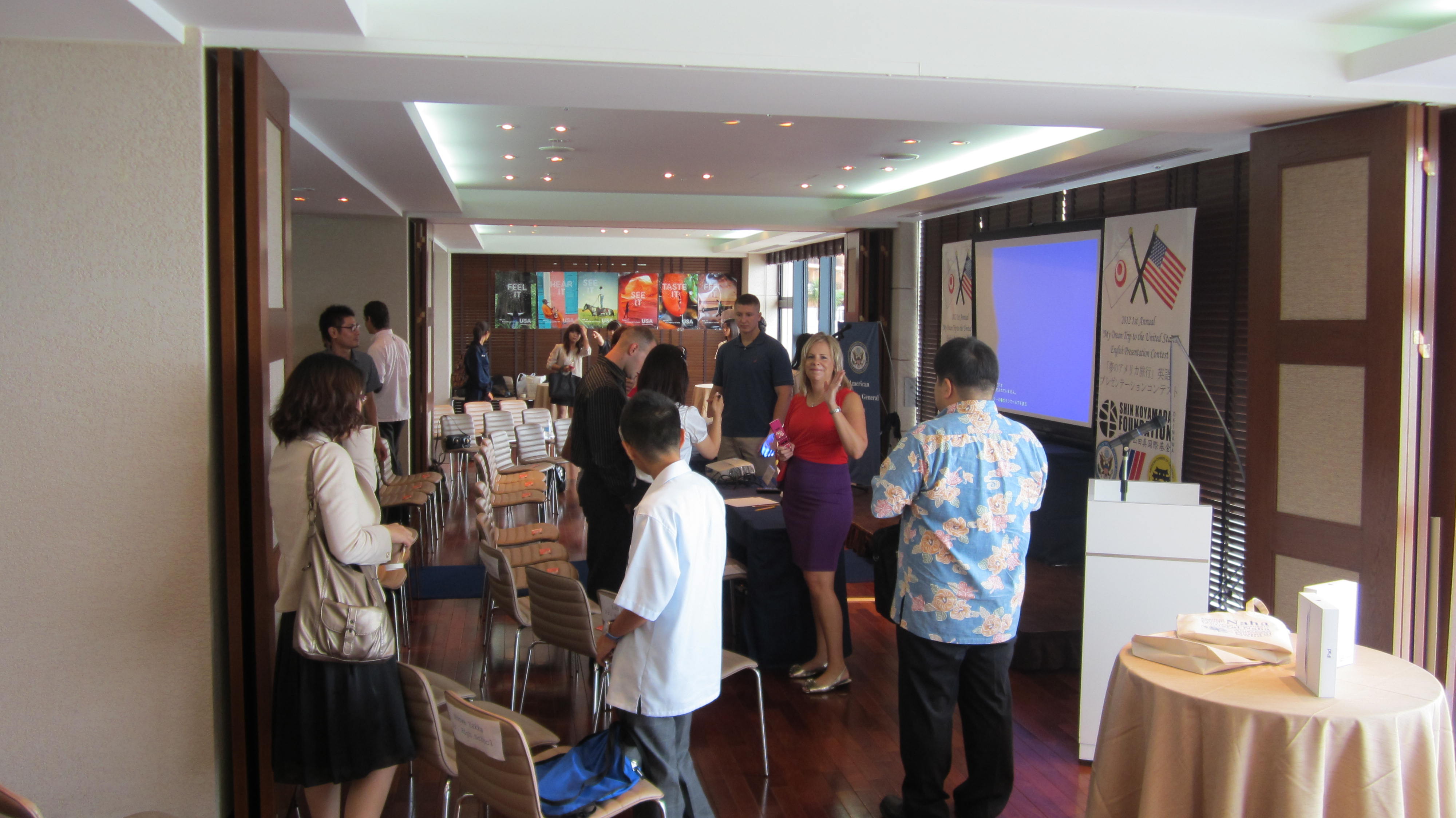