Osaka, the commercial center of Japan and the command center for the Japanese economy...time for Koyamada to do yet another command performance on Saturday, September 29, 2012, between 10:00 am to 5:00 pm, when the American Consulate-General of Kobe-Osaka presented “Discover U.S.A! American Day 2012” at the Nishinomiya Garden in Hyogo Prefecture.

The event was produced by Dentsu Osaka, Inc. and sponsored by the American Chamber of Commerce of Kansai Region, Japan America Society of Osaka, Hyogo Prefectural Government, Nishinomiya City Government and the SKF Osaka in collaboration with the U.S. Agricultural Trade Office Japan (ATO)

With 300 enthusiastic attendees, after welcoming remarks from the American Consul General Patrick Linehan, the event gathered steam with a short performance by the music band Human Note from the Nishinomiya City Nishinomiya Junior High School, groups of Cheerleading Kids promoting their Booths, musical numbers performed by students from Kansai University, a lecture by Japanese actress Ryoko Nakano about education in the U.S. and Japan, a presentation by Koyamada about studying in the U.S., and finally a raffle competition.

With an American flag and photos of President Barack Obama and the first lady Michelle as the backdrop, during Koyamada's talk, event emcee Chris of FM Cocolo Osaka asked him about how he became interested in pursuing his dream in the U.S., his experiences in going abroad to study at an American college, his personal experiences with American culture, working in the entertainment industry, producing movies and television programs and his charity efforts. Koyamada picked out the winning raffle ticket, the prize being a Business-class round-trip airfare to Honolulu, Hawaii. 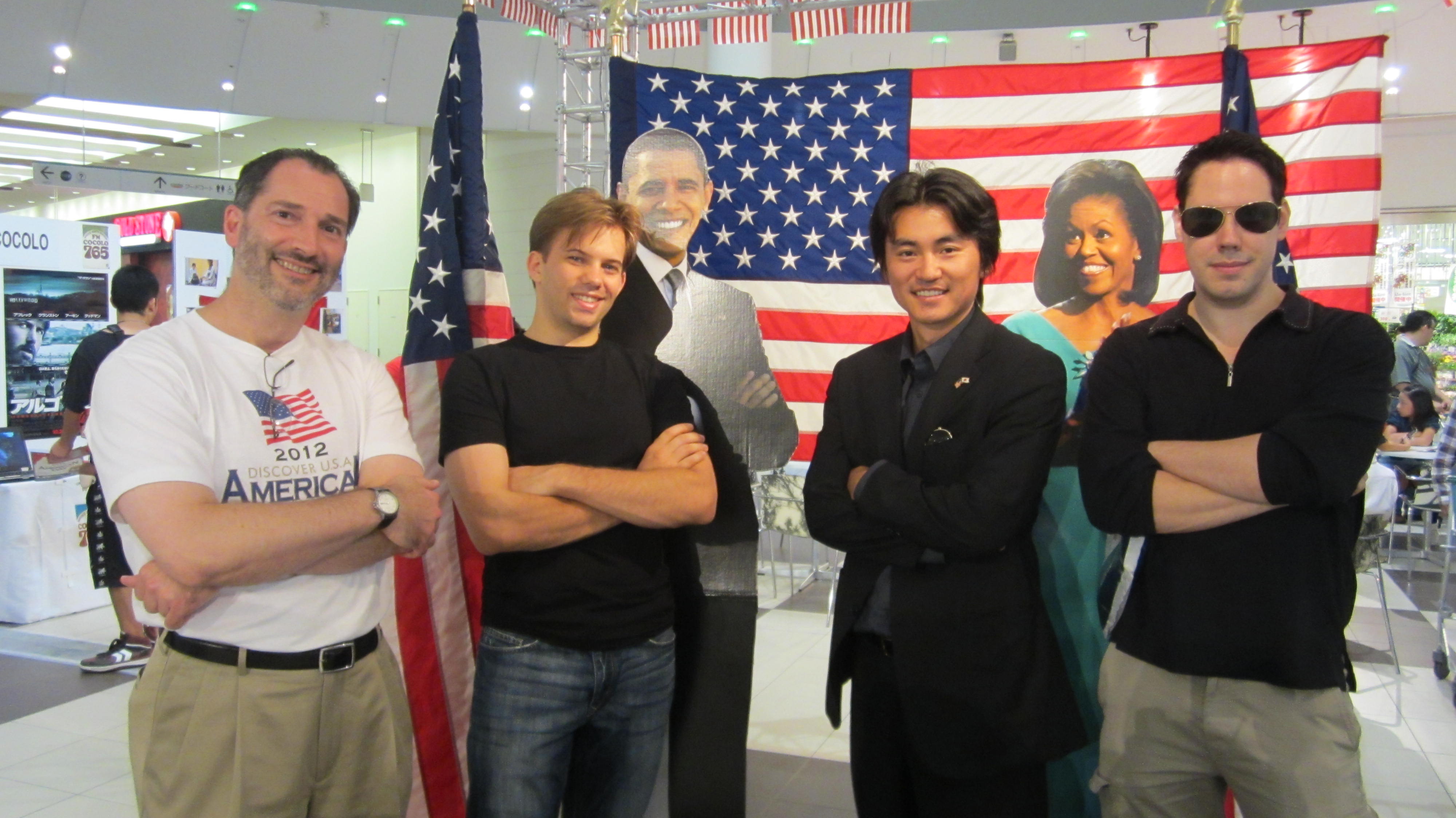