Shin Koyamada arrived at his hometown Okayama from Los Angeles on March 20, stayed the night then through the US Consulate in Fukuoka, began his lecture series the following day in the Kyushu region.

Koyomada's Friday, March 22 debut “In Pursuit of the American Dream” lecture was part of KIF Fukuoka’s international education program organized in conjunction with the US Consulate of Fukuoka at Kyushu Visual Arts University in Fukuoka City, Japan.

This first of many scheduled lectures in Japan of 2013 kicked off at 1:00 pm with a greeting from one of the University’s professors, followed by opening remarks by a representative from the US Consulate of Fukuoka. The lecture was attended by over 100 young aspiring students from the Performing Arts and Voice Actor Departments of Kyushu Visual Arts University.

For 30 minutes, Koyamada shared his story on pursuing his dreams in Hollywood, CA, his experiences of studying English in a language school, living in Los Angeles and working in the entertainment industry. A 10-minute Q&A followed immediately after the presentation.

After a short break, Koyamada showed a 2-minute demo reel of his past movies. With his video in the background, a group of students simultaneously performed a dynamic hip-hop dance performance to add to the festivities.

After the students cooled down, 10 students were selected to have a sit down with Koyamada as each had the opportunity to share with him their goals and aspirations. Koyamada took the time to inspire each student with salient advice.

Seeing Koyamada as a Japanese role model, each student showed great appreciation for his time and vowed to either learn more about American culture via watching more American movies and television and/or to improve their English in order to seriously pursue their dreams in the U.S. as a voice actor/performing artist. 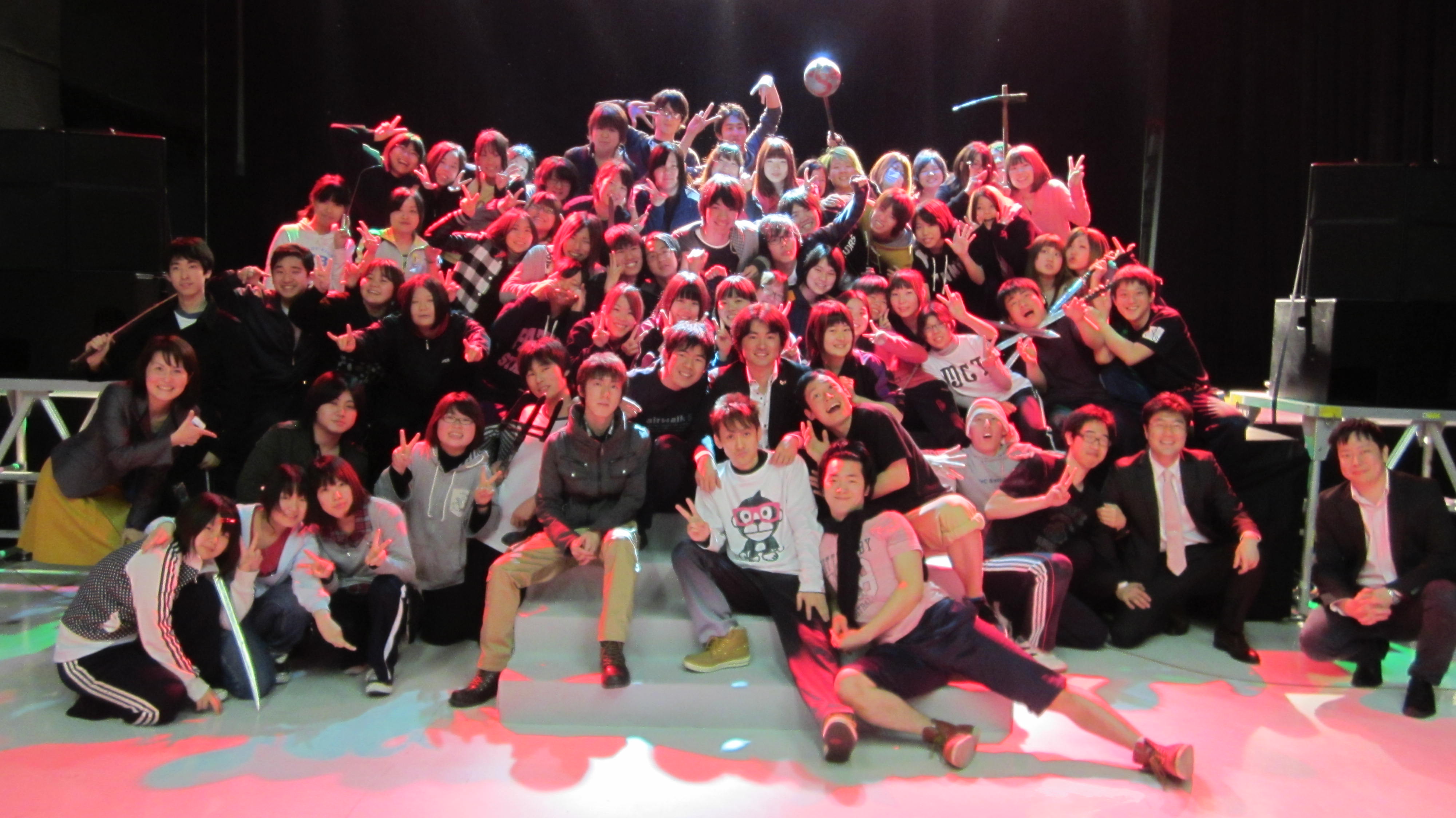