Upon arrival, Koyamada was greeted by KIF Miyazaki's volunteer staff who then helped him setup up the lecture with the Consulate at Miyazaki Municipal University in Miyazaki City. This lecture marked the first educational event ever that KIF Miyazaki helped organize with the American Consulate in Fukuoka. It was cherry blossom season so the university was surrounded by fully bloomed cherry blossoms outside of campus.

At 1:00 pm, the U.S. Consul of the Consulate made opening remarks, which was followed by Koyamada’s 30-minute lecture before a crowd of local residents who were seriously considering to study abroad and pursue their dreams internationally. Following Koyamada's talk, another Japanese student who studied in the U.S. gave a 15-minute talk about her American university experience. A 20-minute Q&A session immediately followed their presentations.

After a short break, an EducationUSA advisor's 20-minute presentation on how to go about studying in the U.S. was ensued by a screening of Koyamada’s Disney Channel original movie Wendy Wu: Homecoming Warrior. At 4:00 pm, the American Consul gave closing remarks and thanked everybody for their interest and participation in the event. 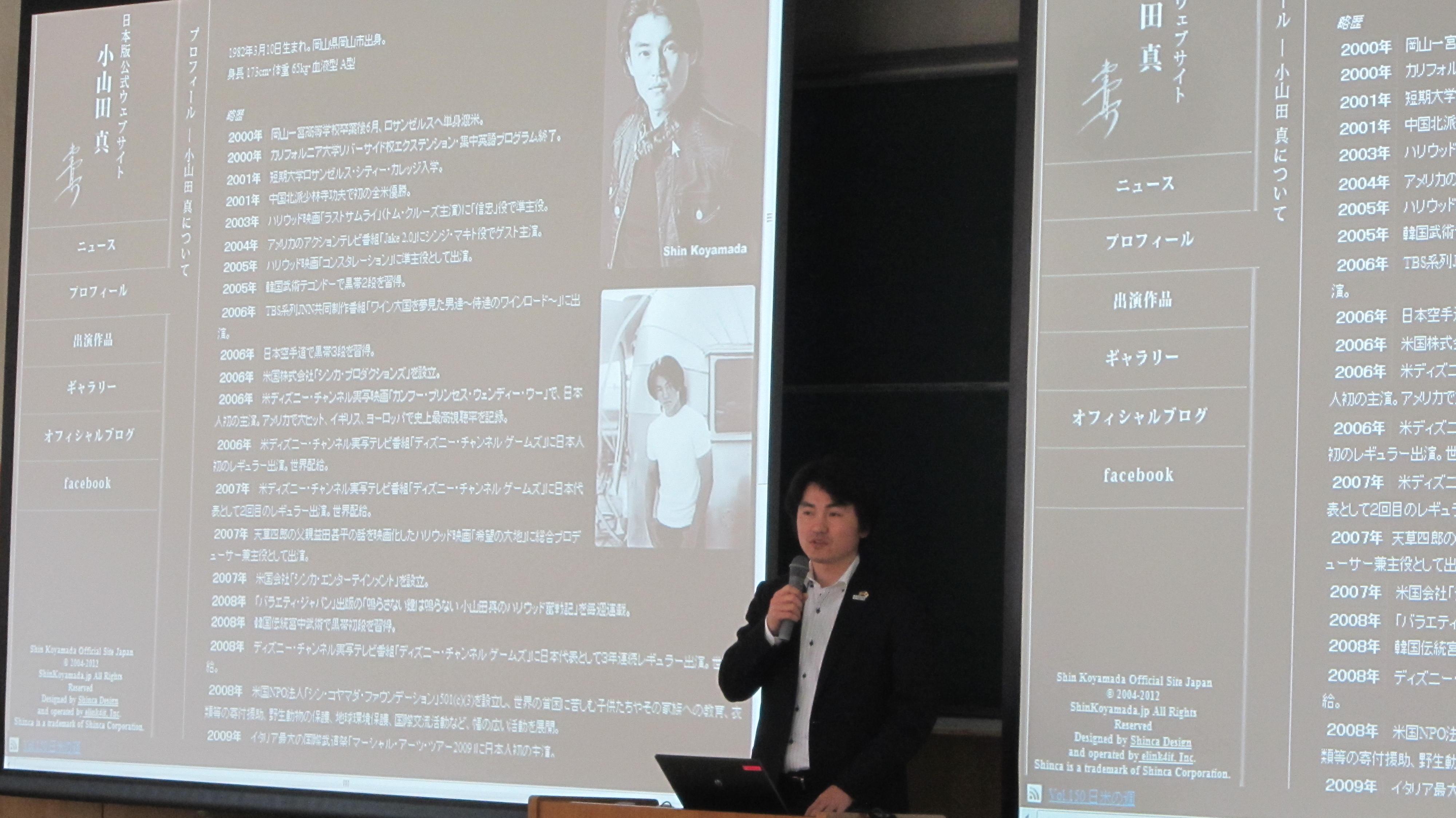