After an overnight stay in Miyazaki, Shin Koyamada and the American Consulate representatives drove to Kagoshima City in Kagoshima Prefecture, which is located at the southwest tip of Kyushu that includes few hundred kilometers long chain of islands. Kagoshima Prefecture holds a special place in Koyamada's heart because that is where the relatives of his father are from, including his Satsuma samurai ancestral roots dating back several hundred years ago.

Koyamada's lecture and film screening event in Kagoshima Prefecture was held inside the newly built and popular Tenmonkan Cinema movie theater located in the heart of Kagoshima city, the capital of the Prefecture.

The evening event started with opening remarks by the American consul. Koyamada next proceeded to give a 40-minute lecture and a 30-minute Q&A session in front of a packed house of local supporters anxious to hear about Koyamada's background and experiences in studying abroad and learning English. At one point, in order to save time, Koyamada spontaneously fielded six different questions from four different audience members without having any of the question askers repeat their questions.

After Koyamada's presentation, the advisor of the Consulate’s EducationUSA program gave her presentation on how to go about studying abroad in American collages and universities. Following an intermission, Koyamada's film Wendy Wu: Homecoming Warriowas screened for the audience.

The event was successfully hosted by KIF Kagoshima, the US Consulate in Fukuoka, the Japan-America Society of Kagoshima, and Tenmonkan Cinema. 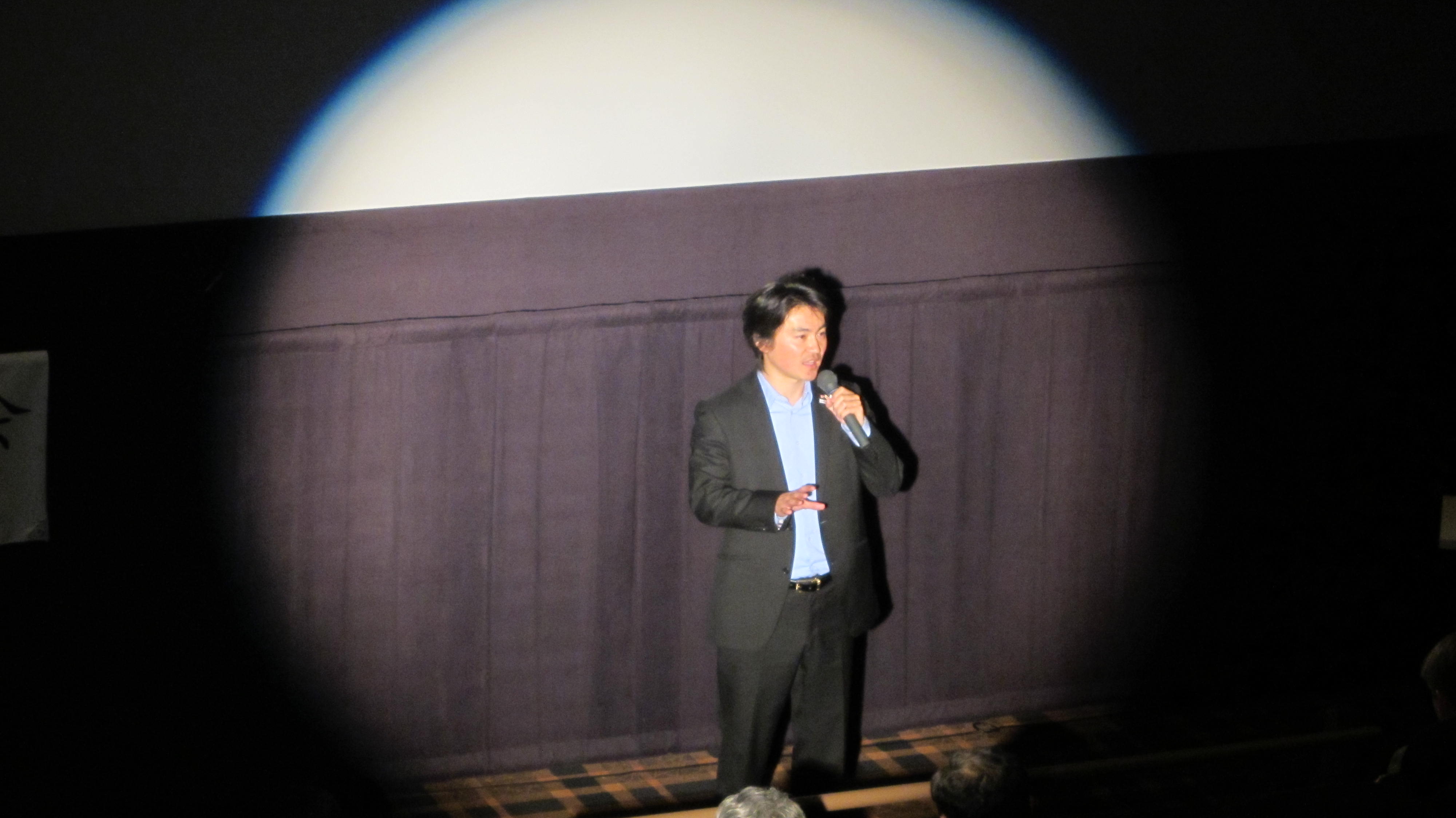