My Best Challenge With The Last Samurai in Urasoe City

KIF Okinawa’s Deputy Executive Director Sayaka Zacharski took the initiative to organize Shin Koyamada's last lecture event in Okinawa, "My Best Challenge With The Last Samurai.” In collaboration with the Urasoe Volunteer Communication Committee and Kanamori Middle School District Local Health Center and supported by the US Consulate-General of Okinawa and American Chamber of Commerce of Okinawa, the lecture was held at the Urasoe City Kanamori Middle School gymnasium.

Although it was Sunday and the school was closed, when Koyamada and KIF Okinawa Deputy Executive Director Holland arrived at the school and sat in the waiting room, they were greeted by a group of volunteer middle school students and school staff members. As Koyamada spoke to staff members, he was offered Okinawan tradition foods. The middle school students staff (aka Escort Girls) waited patiently to escort Koyamada to the stage from the waiting room.

When everything was set, the Escort Girls led Koyamada to the gymnasium where he was greeted by a round of applause from over 200 people of all ages; from elementary school students to senior adults. After Deputy Executive Director Sayaka gave opening remarks and thanked everyone for attending, he briefly outlined Koyamada's background after which Koyamada began his 40-minutes presentation.

First thanking all parties involved in organizing the event and the kindness all the volunteers, Koyamada talked about his childhood life experiences when his dream to study, live and work in the United States and other countries began. Engaged and eager to know more, the audience asked many questions during the 30-minute Q&A section.

One of the common questions was, "What would you have become or done if you hadn’t achieved your dream in the US?” Koyamada answered, "I did not even think about other alternatives if I hadn't achieved my American dream in acting. This was my only choice. I was determined to achieve it, no matter what it took.”

Event over, Koyamada took pictures with all the audience members on their way out. The audience seemed satisfied and pleased to take their Sunday morning off to listen to his speech. The event was highly successful. 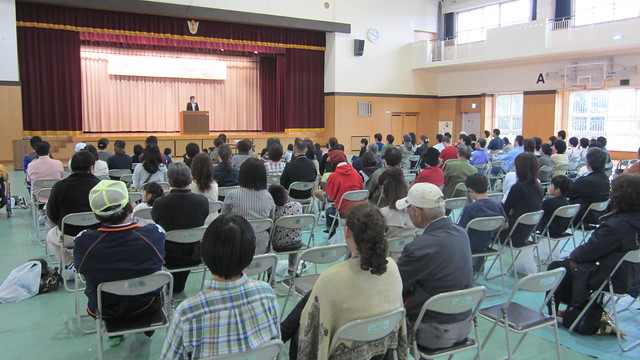