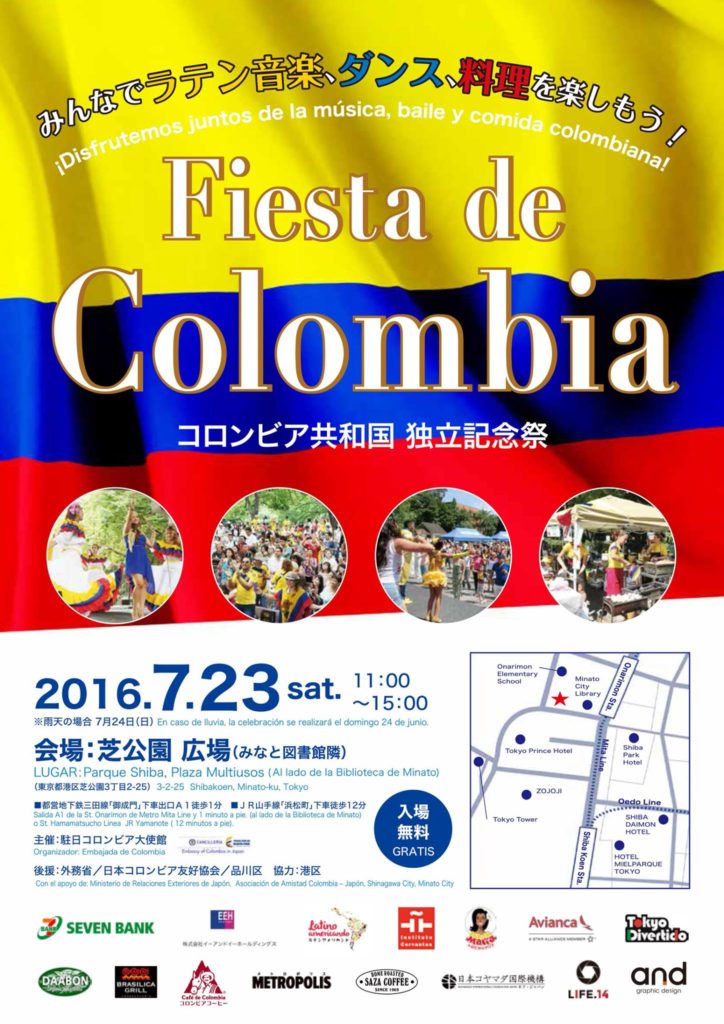 This celebration, which has been organized by the Consulate in Tokyo since 2007, was held until the previous year in the Hibiya park. The event facilitates the meeting of the Colombian community living in Japan and serves for many Japanese and foreigners who attend, as a point of contact with the Colombian culture.

The event was held in the Shiba-koen park, located in Minato-ku, a central place in Tokyo, very close to the Tokyo Tower and other emblematic places of the Japanese capital. During the activity, a varied artistic program was presented that includes Colombian and Japanese artists, as well as a gastronomic festival where several Colombian restaurants offered typical dishes from the different regions of our country. More than 2,000 Colombians and Japanese people attended the festival.