At the Colombian Night, Ambassador Extraordinary and Plenipotentiary Gabriel Duque opened the remarks and welcomed everyone to his residence, followed by a presentation about Colombia by a Japan director of ProColombia, a government agency of Colombia in charge of promoting Colombian non-traditional exports, international tourism and foreign investment to Colombia.

KIF President Nia Lyte shared her hands-on experience of visiting Japan for many times in the past few years and speaking before hundreds of Japanese women about women's empowerment in Kagoshima, Japan as well as the cultural difference she has experienced between Colombia and Japan.

After the event, the attendee enjoyed eating the real Colombian foods and drinks and networking to strengthen the friendship between Colombia and Japan. 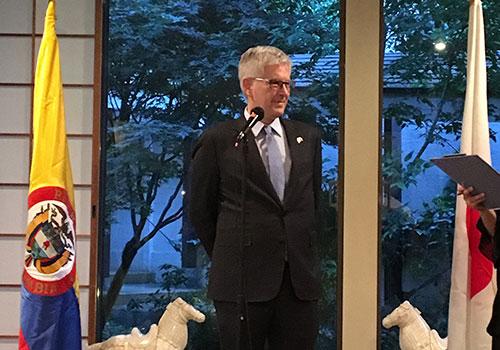 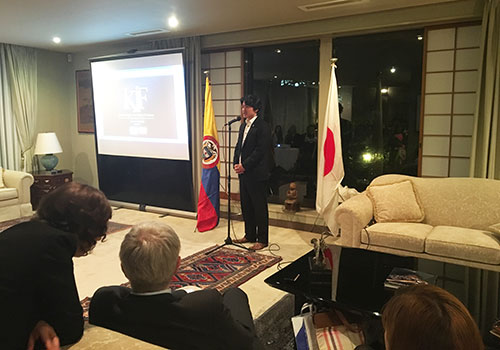 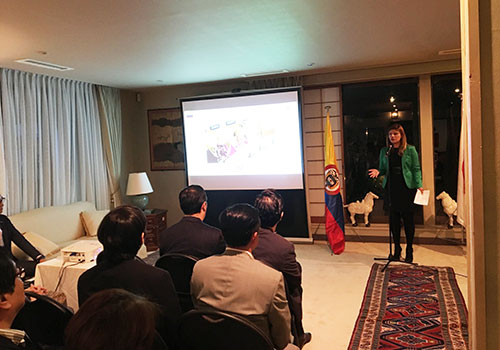 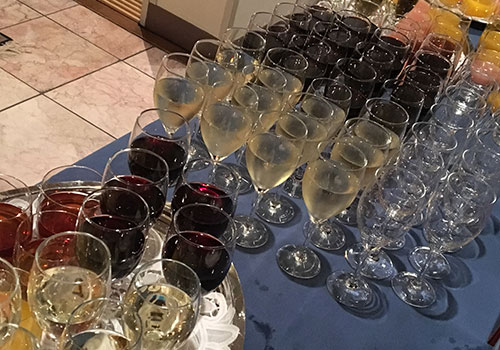