After the head of the High School's English department, Mr. Moriwaki, gave welcoming remarks to the students, a Vice-Consul of the American Consulate-General of Kobe-Osaka gave a 15-minute presentation in English about studying in the United States, which was translated into Japanese by Moriwaki.

Koyamada's presentation opened with two minutes of footage from his American movies. Using his personal inspirational story, Koyamada then spoke about what he's been emphasizing throughout his tour: Studying English abroad; attending an American college; experiencing American culture; and his own account of pursuing his American dreams via the entertainment industry as well as doing volunteer and charitable works in the United States.

During the Q&A, it was apparent that most students were familiar with Koyamada's career, and were especially big fans of his works on the Disney Channel as they gleefully queried Koyamada for about 30 minutes on his various pursuits.

After the Q&A, Koyamada kindly remained and fielded many one-on-one personal questions, signed autographs and took pictures with his fans. One girl who had a huge crush on Koyamada and enthusiastically asked for his autograph and a photo together, broke down and cried telling him that to finally meet him was a dream come true.

The visit by Koyamada to the school, which was planned by the American Consulate-General of Kobe-Osaka and the high school, was in the works since last year. 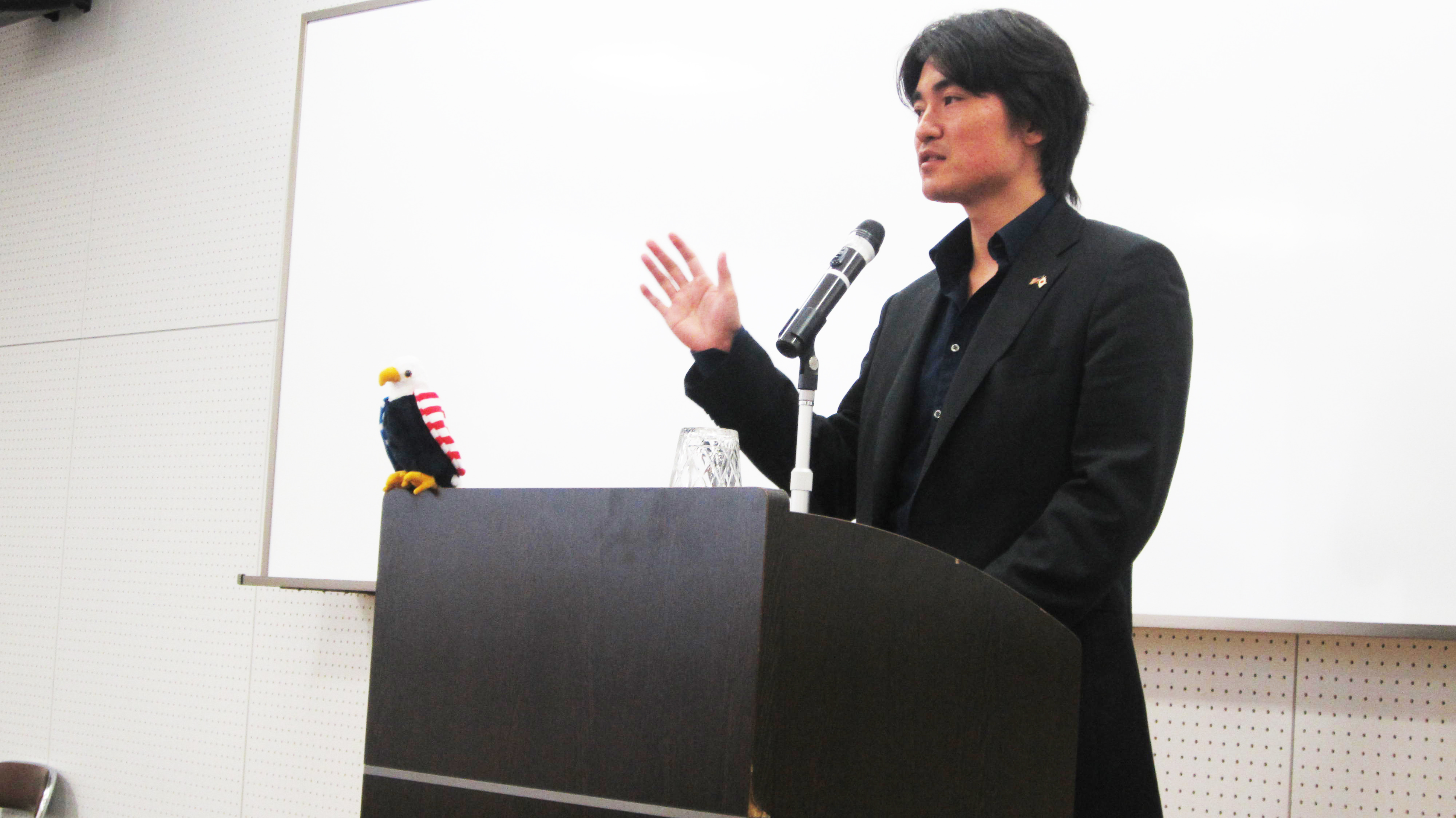