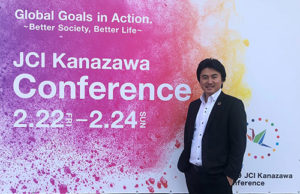 Hosted by Junior Chamber International (JCI), JCI Japan and JCI Kanazawa, Chairman Koyamada was invited to speak as a panelist about the effort he has done about Gender Equality, one of the Sustainable Development Goals (SDGs) through KIF Japan at the Kanazawa Conference held in City of Kawazawa, Japan. Other speakers for his session included from Global Citizen and JICA (Japan International Cooperation Agency). As a global partner of JCI, this is one of the efforts and collaborations to support JCI organized event and send a speaker. At the 2019 Kanazawa Conference, approximately 3,000 young people gathered to accelerate the SDG movement. 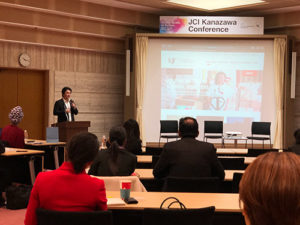 The JCI Kanazawa Conference is an international conference where delegates from each country of the Asia-Pacific region participate. The conference will be held annually from 2016 to 2020. I hope it will be an opportunity to share global issues. JCI World Conference Kanazawa was held in November 2015. JCI decided to adopt to work on SDGs in General Assembly .Since this declaration was adopted in Kanazawa, it is called the "Kanazawa Declaration".